There have been six major floods in St. Louis since 2008. Aside from the 1993 flood, one of the region's worst floods was in 2015. Nearly 10 inches of rain fell during the Christmas holidays and that caused multiple creeks and rivers to overflow. The rain fell so quickly that Deer Creek rose 11 feet in three hours.
The potential for flooding is widespread in the St. Louis region. In this Monday Mondays podcast episode, Bonita Cornute talks to MSD's Public Affairs Manager Shawn Hadley about what how property owners can protect their investments. He explains why it is critically important to Know Your Zone when preparing for the harsh St. Louis seasons.
Headquartered in St. Louis, MSD services St. Louis and nearly 90% of St. Louis County with 9,600 miles of sewer line. MSD is the fourth largest sewer utility in the United States.
More MSD Podcast Episodes

🔈 Why Flooding & Erosion Are Crisis Matters

🔈 How To Save Your Property

.
Location: St. Louis, MO, USA
The Open Source
The Open Source is a St. Louis podcast company. We are a team of professional journalists who work to provide information that will help the local community Achieve & Thrive.

Popular Episodes in the Last 7 Days 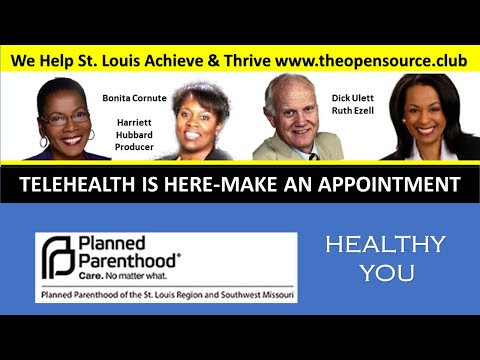 T elehealth improves access to healthcare for everyone. It eliminates travel or scheduling problems and provides patients with safe, secure and quality provider interactions. Originally designed to give care to those in rural areas where medical services are limited, Telehealth technology has become the popular healthcare option. Many respondents in a survey think that the Telehealth experience is equal or better than an in-person visit. Planned Parenthood in St. Louis has Telehealth. In this Healthy You episode by The Open Source, host Ruth Ezell talks to Charity Galgani, Director of Clinical Services for St. Louis and Southwest Missouri about how their system works and who can use it regardless of ability to pay. Planned Parenthood has 8 locations. To learn more visit their website . More Planned Parenthood Podcast Episodes 🔈 Advanced GYN Services 🔈 Birth Control & Cost Options 🔈 Why Sex Education Is Important
Listen Now 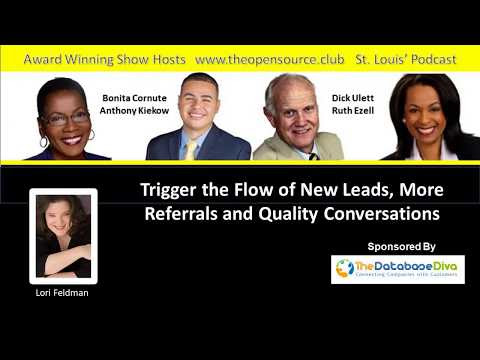 Marketing automation requires an ongoing investment of time and resources to reach the “promised ROI” everyone talks about. It’s really a compounding process that’s half art and half science. The real world customer feedback and sales results give you the data you need for course correcting your strategy. This takes time and testing. In this podcast Lori Feldman a.k.a. The Database Diva explains how she helps clients integrate their website and customer database with marketing messages for a complete integrated strategy. To contact Lori Feldman visit her website
Listen Now

The Open Source
St. Louis, Missouri, United States
The Open Source is a St. Louis podcast company. We are a team of professional journalists who work to provide information that will help the local community Achieve & Thrive.